Law and Order of Rajnandgaon 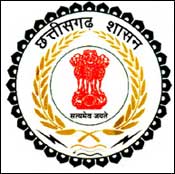 Public Work
Public Work is a broad classification of the major responsibilities of the Rajnandgaon Nagar Nigam. It includes multiple responsibilities such as construction and infrastructure of roads and maintenance of electricity and others. The maintenance and construction of new street lights and other civil infrastructure is done by the Rajnandgaon Nagar Nigam.

Water Supply
Water is one of the basic essences of life and Rajnandgaon gets the water supply from the Rajnandgaon Nagar Nigam. Apart from supplying the water to different households and various water taps across the city, the administrative body is responsible for the purification of the water as well.

Finance
The finance work of the Rajnandgaon Nagar Nigam includes keeping the financial record of the city intact. It also includes the collection of taxes such as Revenue Tax, Property Tax and others.

Rajnandgaon is governed by the Chhattisgarh Police. The Rajnandgaon branch of Chhattisgarh Police is always ready and up for any challenge and takes care of the security, law and order of the city. The police protect the city from any criminal activity, terrorist activity and any other anti-social activities across. The district headquarters of the police department is located at the city. The department keeps on vigilant on the city and attends the complaint of the city. Also, the Rajnandgaon Police remains in alert for 24 hours and keeps on patrolling on different parts of the city. The Police administration of the district is headed by the Superintended of Police. However, the Additional SP, City SP, Inspector, Sub-Inspectors and others high ranked police officials are equally responsible for keeping the city safe, secure and crime free.

Public Works Department is responsible for the civil construction. The most important part for the work of the department is to make roads. The PWD is also responsible for building flyovers, bridges and civil infrastructure. Being one of the most emerging cities in the Chhattisgarh state, the PWD is presently working on many projects in Rajnandgaon city as part of the urban development.

Agriculture is one of the prime departments of Rajnandgaon. Agriculture and cultivation is the backbone of the its economy. The city is primarily an agriculture based city and it is important to have an active department dedicated to the agriculture. It has some major responsibilities like educating farmers, spreading awareness and also helping the farmers to produce more crops and take care of their rights as well.

Health comes as the priority for all the cities. Rajnandgaon is no different story. Health Department takes care of entire health. It is one of the most important and powerful administrative bodies of the Rajnandgaon city. The health department directly comes under the Chhattisgarh State health department. It runs the government hospitals and the small medical centers across the city.

Rajnandgaon city is an emerging city of the Chhattisgarh State. The city is considered as one of the most promising city for industries and investment. Due to available resources and industrial environment, Rajnandgaon is on the eyes of many investors. The main job of the Industrial Department is to facilitate more business and industries to the city. It takes care of the entire commerce and business department.

Food is the basic need of life and Rajnandgaon has a different department like all other cities to monitor and distribute it among the people. It has various responsibilities for the food. It has to be vigilant enough to monitor the standard of the food that is being supplied to the people. Apart from it, along with Food Corporation of India, it also helps to store and save food for the crisis time. The Food Department also comes under the Chhattisgarh State.