Rajnandgaon is one of the famous spots in the newly carved state of Chhattisgarh. Within a small span of time, a beautiful city has been successful to carve its own identity among the other cities in the state. The city of Rajnandgaon has successfully retained its specialty in term of its delicious and mouthwatering cuisine. Rajnandgaon manifests unquestionable allegiance to the adage that implies that the tourists are treated as a form of god. The commonly culinary habit of the residents of Rajnandgaon includes sweets and desserts. 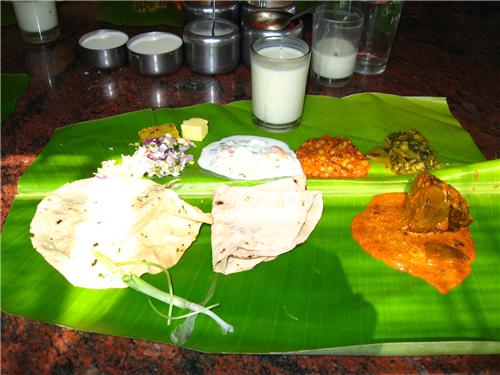 Apart from that, the staple food of the region is inclusive of wheat, jowar and maize. The culinary preparation in the kitchen of the local residents includes rich protein diet including lentils. Thus, there is no wonder that why majority of visitors loves to enjoy the local preparation that are quite famous among the residents. One can find many vegetarians and non-vegetarians in the city depending on their food habits. The primary culinary preparations include lots of veggies and pulses. One might find the culinary habits in the city similar to adjacent states of Madhya Pradesh and Jharkhand.

The residents in the city of Rajnandgaon likes starting their day with healthy breakfast including fara/muthiya (rice rolls in white sauce), cheela(dosa like dish made with rice batter), angakar roti, chousera roti (rice puri's), etc. Bosi Baasi is one of the most loved meals during the scorching summers. The dish is prepared by dipping the rice in water and was left overnight. Residents love eating bori baasi with onion and green chilies. Sometimes residents prefer using butter milk and curd with bori baasi. Another famous traditional dish that is prepared in the region is known as ‘Iddhar’. The preparation of this traditional dish requires grinded urad dal and kochai patta. The tribal population enjoys delicacy brew made of small, creamy white fruit of a local tree called Mahuwa.

Like every other Indian city, Rajnandgaon too has snacks specialty of its own. The city is known for its mouth watering crispy alu bhujia. It has become one of the most sought after snacks in the region. Due to the unique taste it is also exported to nearby states and cities. Travelers roaming nearby cities visit Rajnandgaon to purchase the special snacks. The main ingredients of the snacks include gram flour, cloves, cumin, and spices. All along the street side, one may find several sweet shops in the city that sells the unique snacks.

Since the emergence of Rajnandgaon as one of the popular tourist places in the state, the city has become a hot spot for a multi-cuisne restaurants.The city is dotted with numerous fast food junctions that specializes in selling variety of food items such as burgers, chinese, toasties, pastries, cookies and beverages. Most of the restaurants are quite popular in the city and known for the appetizing delicacies. Many restaurants have opened a separate take away counter to handle the increasing footfall of food lovers at their shops. For the young generation, the food junctions have emerged as one of the popular meeting points, and they can be seen spending time with their friends at these spots. 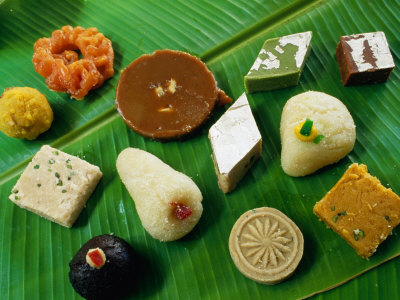 Residents of Rajnandgaon are known for their love towards sweets. Every household prepares sweet dishes quite often. At the end of the meal, the people generally love relishing desserts. Jalebi and barfri has become an integral part of the menu in the region. Rakhia badi and petha are the distinctive sweet dishes prepared by the locals during the festive season. The city is also dotted with several sweet shops selling variety of desserts. Some of the famous sweet shops in the city are mentioned below.

The city of Rajnandgaon has slowly emerged to be one of the most visited places in the state. The city draws a huge influx of tourists every year and to the travelers the city caters both vegetarian and non-vegetarian meals at various restaurants. In the city, one may find a variety of cuisines rat various famous restaurants that offers healthy and hygienic food at affordable rates. The next time you plan to visit Rajnandgaon does not forget to relish your taste buds with lip smacking regional cuisine.