The city that is part of the Rajnandgaon District is one of the historically enriched places of India. The glorious past, the beautiful nature and the abundance of the resources have made Rajnandgaon as one of the emerging cities in India. The city that is situated at the Central Large Plain has a sound history. The ancient, contemporary and the recent history of the city sound interesting and exciting. Rajnandgaon was one of those areas in ancient India that did not come into the light in earlier days. The city was ruled by the famous dynasties like Somvanshies, Kalchuries later on Maratha. However, the history of the city is not to be sidelined. Like other parts of India, Rajnandgaon was also a culture centered city. In early days the city was called as Nandgram. The history of the then a small state may not have been eventful, but the city did enough to make a mark on the pages of history. 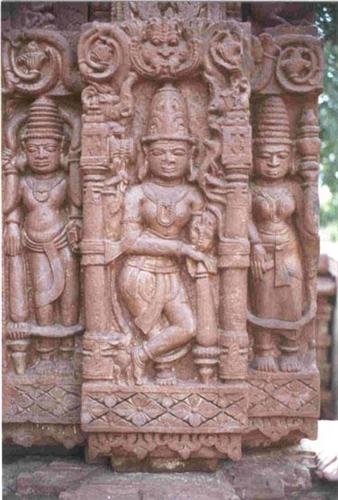 The State of Rajnandgaon actually came into existence in 1830. Bairagi Vaishnava Mahant transferred his capital to present days Rajnandgaon. The city was named after the descendants of Lord Krishna, Nands, Nandgram. However, the name was changed to Rajnandgaon soon after. Due to the size of the state, Nandgram was generally ruled by the Hindu Caretakers. In the history of Rajnandgaon, they are known as Vaishnav. The state was mostly under the Hindu Kings and Dynasties. The palaces, the streets, the old and historical remains of Rajnandgaon depict the culture and glory of the bygone era.
The Vaishnavas were the Chief of the Gond Rajas.

Rajnandgaon was an active place to live until the British came. In 1865, the British recognized the then ruler Mahant Ghasi Das as the ruler of Rajnandangaon. He was conferred the title Feudal Chief of Rajnandgaon and also was given Sanad, a right to adoption at later point of time. Under the British regime, succession was passed by the hereditary. The feudal chief of Nandgram was later conferred with the title of Raja Bahadur by the British Government.Later the succession was passed on to rulers like Raja Mahant Balram Das Bahadur, Mahant Rajendra Das Vaishnav, Mahant Sarveshwar Das Vaishnav, Mahant Digvijay Das Vaishnav. Rajnandgaon was the capital city of the Princely State of Rajnandgaon and was also the residence of the rulers. However, with the passage of time the Mahant rulers of Rajnandgaon became the puppet of the British Empire. The story was no different than other parts of India. Once an enriched and prosperous state of India became a Princely State of British Raj in India, and then became a virtually British ruled State.

The history of the city still reflects in present days. Rajnandgaon was known as a place of the scholars, wise, and the culturally influenced people. The glory and heritage of the Rajnandgaon City can be seen even now.